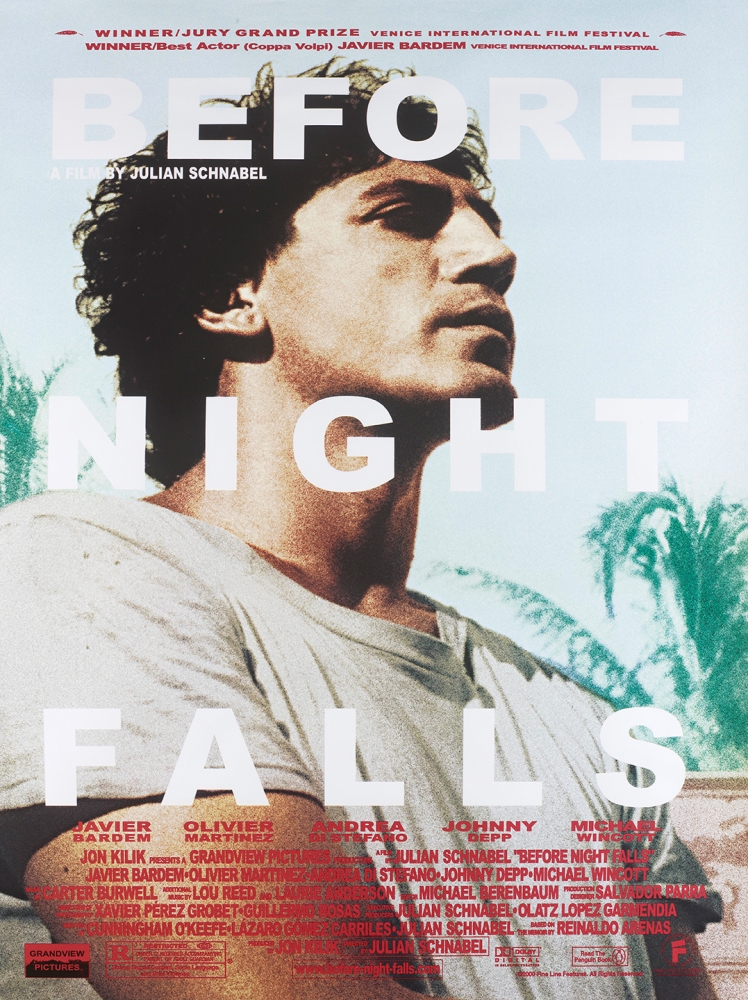 Before Night Falls follows the incredible journey though the life and work of late Cuban poet Reinaldo Arenas. Victimized by a government that banned his books and jailed him for a crim he didn't commit, Reinaldo endured unspeakable persecution in a courageous stand against censorship and oppresion.  Without a country but not without integrity, he fled to America where he continued to fight for personal expression and produced a stirring body of work.